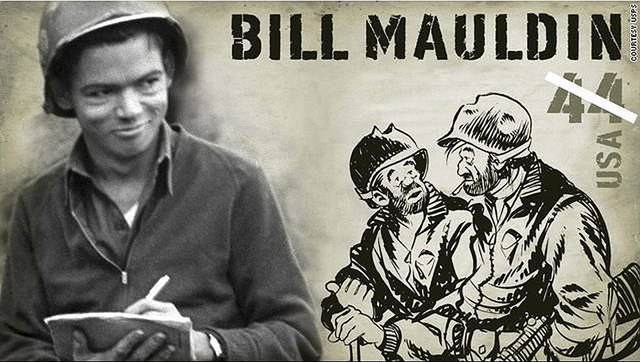 Thus far I’ve lived a quiet life, and I’m thankful for it.

Of course there have been sorrows and troubles. Like every family, we have our ongoing health and relationship struggles that may not end this side of heaven. Still, once I started studying history again, I quickly remembered to be grateful for these.

At least my family has a home.

At least my loved ones can get medical care.

At least I’m not wondering where my next meal is coming from.

However, living a quiet life and writing about unquiet times proved a challenge. If I were going to try to portray a difficult time- for instance life in the slit trenches and foxholes of the 1940s- how was I to do it well?

I focused on finding books and sources written by people who lived through the conflict. I devoured first-hand accounts, and books which used first hand accounts as sources.

After a while, my husband noticed that some of the topics were starting to weigh heavily on me. (He’s a good one 🙂 ) He encouraged me to pick up some fiction again, and he also gifted me one of my favorite books from this era, Up Front by Bill Mauldin.

Published in 1945, Up Front is a different sort of history book. Bill Mauldin was a cartoonist for the Army newspaper The Stars and Stripes. This book is a compilation of his comics, narrated by the author. It almost reads like an interview, written in first person and giving his perspective on the time.

As far as his comics, Mr. Mauldin says:

“I haven’t tried to picture this war in a big, broad-minded way. I’m not old enough to understand what it’s all about, and I’m not experienced enough to judge its failures and successes. My reactions are those of a young guy who has been exposed to some of it, and I try to put those reactions in my drawings. Since I’m a cartoonist, maybe I can be funny after the war, but nobody who has seen this war can be cute about it while it’s going on. The only way I can try to be a little funny is to make something out of the humorous situations which come up even when you don’t think life could be any more miserable. It’s pretty heavy humor, and it doesn’t seem funny at all sometimes when you stop and think about it.”  (pgs. 7-8)

He doesn’t paint war as clean and shiny with everyone behaving properly, (i.e. these aren’t comics for the kids,) but he doesn’t paint a bitter picture either. Mr. Mauldin focuses on the people, the camaraderie, the respect, (or lack of) they show each other, fear and courage and small acts of kindness.

‘Joe’ and ‘Willy,’ two scruffy infantry ‘dogfaces,’ are the stars of Mauldin’s comics. The book follows their progress (though not exactly chronologically) from the muddy mountain slopes of Italy, to the embattled Anzio beachhead, up to Rome, then over to France.

His comics and views of the war weren’t always popular. General George S. Patton’s hated Mauldin’s cartoons. The ‘spit and polish’ general objected to Mauldin’s portrayal of tired, sloppy soldiers, and to jokes at the officers’ expense. Mauldin himself admitted that he liked to poke some fun at the ‘brass.’ However, he qualified this tendency.

“Not all colonels and generals and lieutenants are good. While the army is pretty efficient about making and breaking good and bad people, no organization of eight million is going to be perfect.” (pg.16)

“I never worry about hurting the feelings of the good officers when I draw officer cartoons. I build a shoe, and if somebody wants to put it on and loudly announce that it fits, that’s his own affair.” (pg. 180) 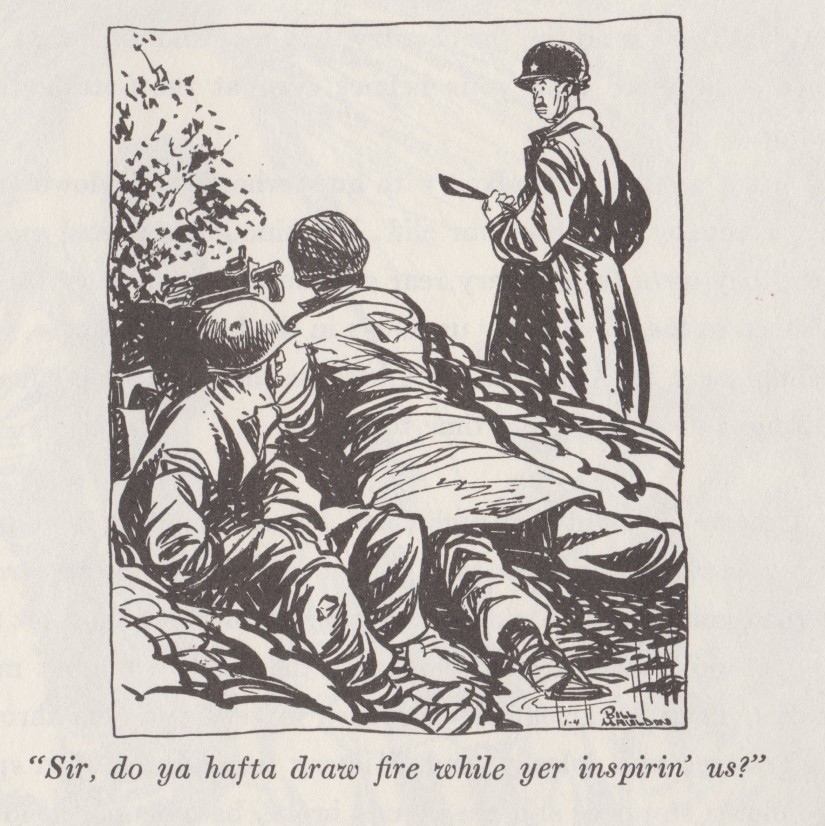 While he may have stirred up a little fuss with some of these comics, in the end, Mr. Mauldin’s hope for his characters was for them to find their own quiet life. A hope for peace.

It takes a gifted writer, and in this case cartoonist, to find real smiles in the middle of terrible situations. For those who appreciate this gift, those who are interested in this period of history, or those who just want to appreciate their quiet lives a bit more, Up Front is an excellent choice.

Have you enjoyed Bill Mauldin’s work, or found other stories that help you appreciate the quiet times in life?

19 thoughts on “UP FRONT by Bill Mauldin: Finding Humor in the Darkness of War”