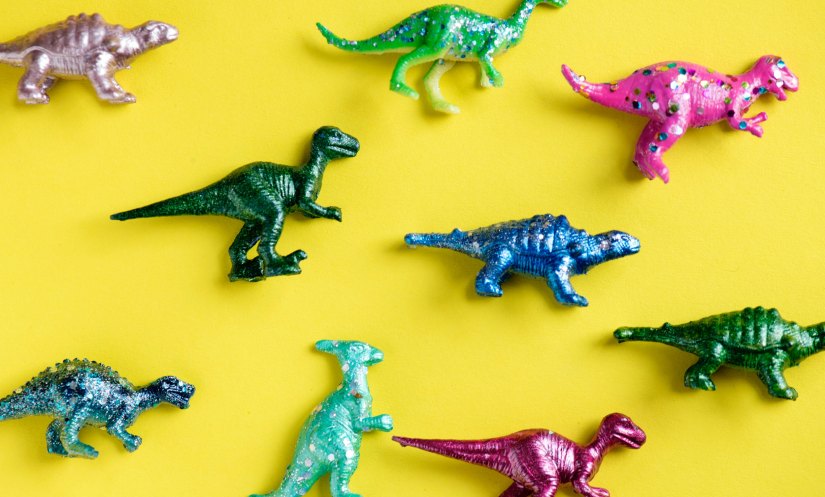 Ah, details. There’s nothing like a detail that’s out of place or forgotten for pulling me out of a story.

For instance, I have no problem watching a movie about reconstituted dinosaurs walking the Earth.

I’ll even accept that the characters truly believe that this time having said dinosaurs in a theme park will work out.

But when one character steps up as an authority on dino training, able to tame the most vicious species of all, and his stated qualification for doing so is that he was in the Navy…

Somehow dino training and Navy work don’t quite seem to mesh. (Willing to admit I might be wrong, I asked a couple of Navy friends if they’d started learning how to train dinosaurs yet. They told me they’re not supposed to talk about that. So, I guess it’s an open question… 😉 )

Now, I’m no expert on dinosaurs or Naval duties, and a clever writer could probably explain this discrepancy away. However, I have, by the grace of God, brought three small humans into this world and raised them for several years.

This background makes me a little more skeptical when reading stories involving parents.

Unfortunately, I’ve run into a few tales where missing details reveal that the author lacked experience with wee people, but really wanted to insert a character with kids into their story to build sympathy or suspense.

Now, it’s not a bad ploy, when done well.

However, it’s essential for the writer who doesn’t have small children to realize that if they’ve just made one of their characters a proud parent, they’ve also just made their character’s life a bit more complicated.

Are These Clothes Washable?

Let’s start with the basics.

Coincidentally, it was another dino-related film where I noticed a mom, baby on her hip, wearing a midriff-baring shirt. No, the shirt wasn’t the problem, but the taut little tummy underneath? Nuh uh.

Despite what Hollywood says, after 9+ months of being stretched from the inside out while manufacturing another human being, things don’t just SPROING! back into pre-baby proportions.

Body changes aside, just wearing nice clothes with a little one is tricky for Mom and Dad, cuz they’re going to get wrecked.

My husband took a long hiatus from neckties, as spit-up left new patterns on some of his favorites. After a few tugs, I put my dangly earrings aside, and after a beaded necklace exploding at an Easter service, most of my other jewelry went away too. The parent of small children learns that solid colors like black don’t hide smears from cookie crusted fingers. This isn’t even touching on the impossibility of finding time in the bathroom alone to get ready.

In other words, if your character has small kids and is always tidy and dressed and fit, he or she is giving something else up.

If the parent you’ve created looks too good without any sacrifice, it’s likely he or she won’t quite ring true.

Scratch that, they leave many footprints, often muddy. Also, toys, books, clothes, burp cloths, bottles, teething rings, rolled up diapers that didn’t make it to the garbage yet, sippy cups, baby food jars, tiny spoons that get lodged in the garbage disposal, and socks…socks everywhere.

I’ll not say it’s impossible to keep a clean house with small children. I’ve heard of people who’ve done it, though I find the stories suspect.

In the fictional world, however, if your character’s house is spotless, if her décor is stylish and the children’s rooms are effortlessly tidy, she MUST be either 1. giving up one of the things listed above 2. extremely organized, allowing no unnecessary items into her house, or 3. fake.

Awww, your character got invited to a party!

She manages to find a dress little Timmy hasn’t spit up on, and it has a waist line that hides the post-baby belly. (She’s kept an eye on that since someone last week asked her when she was due.) Timmy took a long nap so she even got her hair done and…oops!

He’s crying. The sitter’s not due to come for fifteen minutes.

She leaps heroically past the pacifier, stuffed dog, and board books on the floor, leftover from Timmy’s “tummy time”, approaches the crib and…

Her super new parent senses immediately catch the whiff of the gift in Timmy’s diaper.

Well, don’t want to leave him sitting in it. Oh, and he’s hungry, and this dress isn’t conducive for nursing…

If she’s very, very good at what she does, she might be ready to go by the time the sitter comes, or only be a few minutes late.

Parents’ time is not their own. If it’s easy for your character to get out the door, yes even when that handy grandmother or best friend is in town, can she tell me how she does it?

From that burst of fierce love when they placed my newborn into my weary arms- no, even further back, from that terrifying, exhilarating moment when I discovered I had a new life inside of me- my kids haven’t stopped playing havoc with my emotions.

I love them and I’d do anything for them and they make me crazy and I just want them to sleep.

I long for a date, away, with my husband, but then we miss them and I don’t know what to do with my arms without a little one in them, and we end up talking about them most of the date.

They weep inconsolably because I threw an old coloring sheet away and I have to walk away for my sanity, but then they get really hurt or sick and I know that if I could , I’d take all of their pain for them, and I’m consumed by frustrated helplessness, because they’re my baby and I can’t do anything but hold them and pray for them…

Having kids is an emotional business. That’s why parents with kids in peril make such sympathetic characters.

HOWEVER, it robs the story of the full power of that emotion if the kids just drop into the story for the sake of a moment in plot, then are stowed away until they’re needed again.

While it might enhance the tension in your dinosaur thriller to have the young mother clutch her newborn to her heart as she flees, just remember, if she trips over a few stray teddy bears and the odd container of baby wipes on the bedroom floor, if her hair is messy because, hey, she has a newborn and hasn’t had time to comb it, and if instead of a cute matching ensemble she’s in her husband’s shorts because they fit better postpartum than her pre-baby pants, and she’s sick of her maternity clothes, those of us who’ve been there (sans dinosaurs, of course) will likely be smiling.

Readers, what missed details pull you out of a story? Writers, what details have you been struggling to get just right?

Many thanks, as always, for visiting!

15 thoughts on “Fictional Babies Never Spit Up: On Writing Characters With Children”