A few weeks ago, my husband met me as I wearily hauled my school bags through the door.

“About the Utah trip- we’re going to have to postpone it.”

I sighed. We’ve been planning on a trip to explore the national parks in Utah for nearly ten years. Life keeps interfering with home repairs, family commitments, and schedule conflicts. After so many delays, another wasn’t really a surprise.

As he went on with his reasoning I nodded along, swallowing disappointment, until he concluded with, “So, I bought tickets to Hawaii instead.”

After I scraped my jaw off of the floor and asked him about fifteen times, “Really? Are you sure?” we started discussing plans.

Naturally, it didn’t take long for my thoughts to turn toward HISTORY.

After all, the Hawaiian Islands- specifically Pearl Harbor on Oahu- is where the Second World War began for the United States.

The surprise attacks by Japanese planes on December 7, 1941 shocked, unified, and galvanized the American people, finally and fully committing the United States to the Allied cause.

The most famous site of the attack, “battleship row” of Pearl Harbor, has been set aside for memorials to those who lost their lives.

Our first Pearl Harbor stop was the WWII Valor in the Pacific National Monument, the home of the USS Arizona memorial. 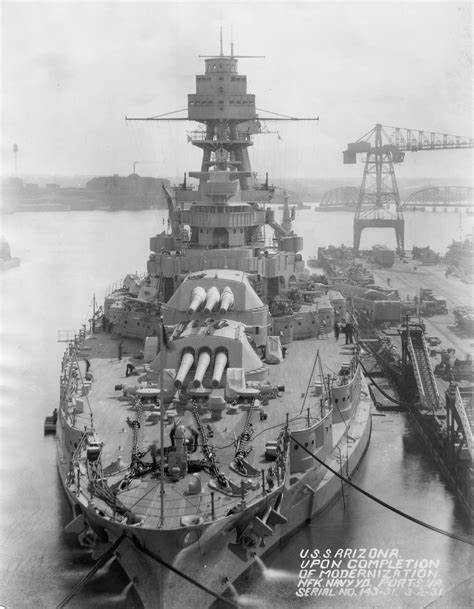 On the morning of December 7, 1941 the battleship Arizona floated peacefully in Pearl Harbor, tied to its mooring quay. At the time, Oahu hosted more than half of the U.S. Pacific fleet- around 150 vessels.

By 10 am, twenty-one of those ships were sunk or damaged. More than 2,400 people had been killed.

1,177 of these casualties were from the Arizona, which exploded when a bomb pierced her deck and hit the powder magazine.

Designated a National Historic Landmark in 1964, Pearl Harbor still holds the remains of the Arizona and entombs the sailors who went down with her.

The USS Arizona memorial is suspended in the harbor above (but not touching) the remains of the ship.

The Navy runs boats to take visitors out to view the memorial up close. The tickets are free, but they are limited in number and first-come-first-served.

We had about an hour until it was our turn to go out, which gave us an excellent chance to explore.

Past the ticketing area, a palm-lined path led us first to the massive anchor of the Arizona.

“The Lone Sailor” stands facing the anchor and the water.

“The Lone Sailor represents the men and women who have served, are serving, or will serve in the Navy.”

It’s quite a job, but judging by his confident expression, it seems that he’s up to the task.

Off to the right of the anchor is the USS Bowfin Submarine Museum and Park.

Near the entrance to the museum, an outdoor memorial commemorates the 52 U.S. submarines and their 3,500 officers and crewmen lost during the Second World War.

The Bowfin and submarine museum are available to tour for a fee.

Heading back towards the area where we would embark to the Arizona memorial, we passed signs, displays, and two small (but excellent) museums detailing the events of December 7th.

While the park was beautiful, we noted that some of the signs were in disrepair, which is a pity. Perhaps this is just a result of keeping the entry free. We were also informed that we wouldn’t be able to actually disembark and walk through the Arizona memorial, as the dock was broken.

On a more positive note, we did hear that when the memorial was going to be closed during the recent government shut-down, local businesses pulled together to keep it open.

Before sailing over to the memorial, we and the other visitors in our time slot viewed a 20 minute film detailing the history of the Arizona and Pearl Harbor.

Viewing the film’s historical footage while sitting next to the place where it happened is one of those experiences that doesn’t really translate into writing. I’ll simply say that the film was both informative and moving. At the end, my eldest turned to me with a somber face and said, “Now I understand why we came here.”

The lower theater exit opened, and we boarded the ship to go out and pay our respects.

The design of the memorial includes a great deal of symbolism.

The designer, Austrian-born Alfred Pries, (who fled his homeland when Hitler invaded and settled with his wife in Honolulu) wanted the raised end at the beginning of the memorial to denote America’s pride before the war.

The sinking middle is meant to symbolize the country’s shock and sorrow after the Pearl Harbor attack. The seven windows that you can see in this section stand for December 7th. All together there are 21 windows in the monument, representing a 21 gun salute.

The floor of this middle portion or “Assembly Hall” of the memorial has a section cut away so that, when the dock is useable, visitors can look down and view the wreck.

The raised far end is to show how the United States regained its strength after the war. In this final section, the “Shrine,” all of the names of the victims of the USS Arizona are carved on the walls.

Oil still leaks from the wreck of the Arizona, drifting to the surface in black tears.

Survivors of the USS Arizona have the option, upon their death, to have their remains returned to the ship to rest with those who never left it.

The chance to visit these memorials was a tremendous priveledge. We were also able to pay our respects at the other Valor in the Pacific sites, but I’ll save that story for another day.

What about you- have you made it to any of these sites? Have you had any chances to experience history in other places that had particular meaning to you?

As always, many thanks for visiting.