Back in my school days, if you had asked me to sum up American involvement in the Second World War I’d have mentioned Pearl Harbor, the Normandy invasions, possibly a bit about rationing and Rosie the Riveter, and the dropping of the atomic bombs.

It took a rekindled interest in history as an adult to show me just how little I knew or understood about this tumultuous period of history.

For instance, I was a little shocked when I started researching today’s article to realize that I knew nothing about the only World War 2 land battles to take place in the United States.*

Alaska’s Aleutian Island chain was an inhospitable place, foggy and windswept, but it had one major selling point. It was only 650 miles from Japan’s northern islands.

Neither the U.S. nor Japan could ignore the island chain’s strategic position. Japan’s eyes were especially turned in that direction after the Doolittle Raid’s successful bombing of Tokyo. Unsure of where the bombers came from, they suspected that there was a secret American base somewhere in the Aleutians.

Whether this base existed or not, Admiral Yamamoto saw the Aleutians’ usefulness. If he could draw U.S. naval forces towards the Aleutian islands, he could attack Midway Atoll.* When the U.S. Navy turned back to defend Midway, he would be waiting to annihilate them.  Japan would gain undisputed control of the central Pacific, and be within bombing range of Hawaii.

Of course, Yamamoto didn’t know that the U.S. had broken his Naval codes.

Admiral Nimitz, Commander of the U.S. Pacific fleet, knew the Japanese plan. He decided to keep his three available aircraft carriers for the clash at Midway, but sent Rear Admiral Theobold, along with a third of his surface fleet, north.

Theobold’s orders were to defend Dutch Harbor, in the Aleutian chain, at all costs.

U.S. planes spotted the Japanese fleet in the afternoon of June 2, but thick fog rolled in and concealed their movements. Despite these inhospitable conditions, the Japanese fleet under Vice Adm. Hosogaya launched bombers against Dutch Harbor on June 3.

Only half of Hosogaya’s planes reached their objective, and those were greeted by U.S. antiaircraft fire and fighter planes from Fort Glenn. They quickly left.

These raids might have been the end of Hosogaya’s attacks on the Aleutians, if it weren’t for events down at Midway Island (which I’ll write about soon!)

Limping away from his defeat and looking for a victory to report, Yamamoto sent Hosogaya back to the Aleutians.

They captured native villagers on Attu, who were deported to Japan as prisoners of war, as well as the personnel of a U.S. Navy weather station.

Naturally, U.S. military leadership was concerned. Could these landings lead to attacks on Russia, or on the North American mainland via Alaska? They evacuated the native Unangax̂ people from nine villages- unfortunately they were poorly prepared for this step. These families, caught in the middle of the conflict, were sent to poorly prepared and overcrowded camps on the Alaskan mainland.

As concerns grew to fears, the U.S. initiated its first ever mass airlift, rushing nearly 2,300 troops along with tons of materiel to Nome.

By 1943, the U.S. force in Alaska had been built up to 94,000 men who struggled against the elements- freezing temperatures, violent seas, and week-long blizzards to take island after island in the Aleutian chain until, at last, they were within striking distance of the Japanese -held islands.

On the 26th of March, a U.S. blockade lead by Rear Adm. Thomas C. Kinkaid engaged Hosogaya in the Battle of the Komandorski Islands, remembered as the last, and longest, daylight battle of a surface naval fleet.

Defeated and removed from command, Hosogaya had to leave his two garrisons on Kiska and Attu reliant on meager supplies brought in by submarine.

However, they were not yet defeated.

And so, what I had looked at as a “quick” history article, covering just a few events, is turning into two articles. (For the second one, click here. ) Isn’t it amazing just how much “forgotten” history you can find with a little digging?

Really, that’s why I share these articles- so that I can learn, and remember, and share the remembrances with all of you. Thank you so much for stopping by. 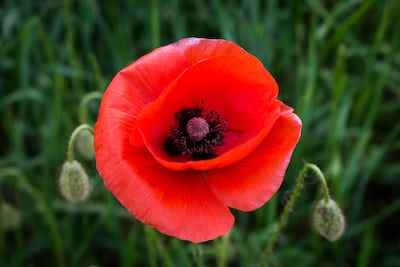 If you’d like to learn more about this era, I found some excellent sources, listed below!

Link to U.S. Army history brochure – Put together by the U.S. Army Center of Military History, there is a whole series of these available online covering the U.S. involvement in WWII. I’ve found them very helpful research tools!

The same site also has the book Guarding the United States and Its Outposts by Stetson Conn, Rose C. Engleman and Byron Fairchild available to read online. THIS chapter details the struggle in the Aleutians.

*There is some debate about Yamamoto’s real intentions for the attack on the Aleutians- specifically, whether it was really a feint/diversion.

11 thoughts on “The “Forgotten War”: WW2 in the Aleutians”