Sometimes I have crazy ideas…but I’ve admitted that before.

When I started teaching a bit of 7th and 8th grade Creative Writing, I had this grand vision of compiling and polishing student stories, and maybe- why not?!- publishing our own little classroom anthology.

Then the school year started, and reality hit. I would have to duplicate myself to have enough time to take on that project.

However, I had already talked with Dan Alatorre, an author and fellow blogger who runs some great contests, (one of which I took part in,) AND compiles anthologies. He was willing to share the process he goes through when putting together an anthology of different authors.

It just happened that as I’m diving into my first NaNoWriMo, Dan got back to me with these great insights, which he was willing to share.

Take it away, Dan! 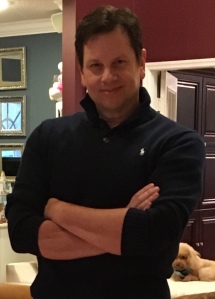 How To Put Together A Great Anthology, Part 1

I was recently asked to put together a blog post about doing an anthology. Actually, I was asked a little while ago and for some reason it took this long to get to it.

Because I was working on an anthology at the time! Actually, two anthologies.

Allow me to explain.

About two years ago, readers of my blog – mostly writers – suggested I should have a writing contest. I said no because I didn’t know anything about having a writing contest and wasn’t sure I wanted to do all that work. Would we need sponsors? We’d have to have prizes. That sounds expensive. What if nobody enters???

But I did know that we had lots of talented people writers reading my blog, and it seemed like a writing contest might be a good idea to showcase some of that talent to the world…

We had a writing contest and the winner went on to publish the book.

And then we had another writing contest, and the winner of that went on to publish their book.

And then we have another writing contest, and the winner of that went on to publish their book.

Which reminded me that we had a lot of talent on my blog and that I should probably do something with it.

The beauty of the writing contest was not what I expected. It was a lot of fun and we got some recognition for my blog and some pride for myself, but we took people who had never been published before and they ended up getting published. But who were they before? Usually they were people who didn’t think their story was good enough for others to see – and after I announced it was the best story I read in the contest, they had the confidence to shop around to get it published. In other words, the little nudge they got made all the difference. And to play a role in that was hugely gratifying to me.

Somewhere in the midst of all that, I decided to go ahead and put together an anthology. The first would be horror-themed, with a horror-themed short story writing contest preceding it, and we – I – would take all the short stories from that and put them into a collection and publish it. This would be our first anthology, and we did it about a year ago. So we only had a few contests before we got full of ourselves – well, before I got full of myself – and decided to create a theme that we could publish in an anthology. It probably would’ve made sense to do them all that way, but what can I say? I didn’t think about it at the time. These things have a way of evolving.

That’s another lesson. When you are in the creative process, a lot of times that synergy creates other good ideas. Don’t be afraid to say yes to those ideas. Some will work and some will not, but you can quickly move on from the ones that don’t work. The ones that work out might be a source of pride forever. The number of new things I try on my blog each year is between six and 10. Most don’t work out. The one or two that do? They do well. That’s why tons of people read my blog.

Anyway, what’s the benefit of putting together an anthology?

Multiplication instead of division.

When a single author publishes a book, they are competing with every other book in the world. Now, it’s fair to say that a cowboy romance isn’t necessarily competing with a murder mystery, except they kinda do. Each book out there is taking up space that your book could be utilizing. Every other book out there is potentially grabbing eyeballs away from people seeing your book.

However, there are lots of ways to cross market with people who write in the same or similar genres you do, and let’s face it: somebody can read a book in about a week. Unless you can write 52 books a year, they’re probably going to read some other authors besides you – and it wouldn’t be a bad idea to buddy up with some of those book writers so you can refer your readers to them and so they can refer their readers to you. Most of you won’t do that because of jealousy and insecurity, but trust me – sharing is a smart thing to do.

Just about every author out there, including USA Today best selling authors, need to find more readers.

If someone has 1000 fans and you only have 10 including your cats, they still want your ten. They don’t wanna steal them from you, but they’re happy to network with you to expand both of your bases. That’s not true of everybody, but that’s true of most authors, so realize that. Those who learn to get out of their insecure comfort zone and cross market and network will be much more likely to succeed. Embrace that concept. One of the biggest takeaways in my contest and my anthologies was letting people know they are a better writer than they thought – and that other people would think so, too. Another was, this writing thing doesn’t have to be a solo effort.

Fast forward to us having a whole bunch of people in a writing contest, writing scary stories for an anthology, and at the end we have just that – a bunch of good stories that should be in in anthology. Also, from years of reading friends’ blogs and stories and stuff, I knew another dozen or so authors whose stories I thought should be in the anthology.

And the benefit would be this: instead of all of these people putting out books to compete against each other, they would have 20 or so people all marking and talking about and promoting the same book. That’s a double benefit. Fewer people competing and more people helping. Obviously, those who knew less would end up knowing more – about formatting, covers, marketing – all kinds of stuff.

And that has a multiplier effect. Frank’s audience wants to read his story, and so he pushes it to them. When they read his, maybe they flip around and find one from Allison and they read that. They potentially become fans of her work and go check out her other books.

Case in point, this actually happened. Because the lady who cuts my hair wanted to read my story, she also discovered Jenifer Ruff – and promptly bought two of Jenifer’s existing books.

So all the short stories were bundled and sold for $.99 (and occasionally free), as a marketing tactic to expose our work to 19 other audiences plus whatever ads we bought. Big or small, we need them all, right? If each author got us 1 review, that’s 20 reviews. With more reviews, we could get better ads and better results from those ads.

So there’s the rationale for doing it. Now, HOW exactly do you do it?

Well in my case, I almost fell into it. Once we had the writing contest, the people who entered said we should have a theme. That would make it more fun and more challenging. So, for  the second contest, we created some kind of a theme. I don’t really even remember what it was. I could check but that sounds kind of like work.

But by the third contest I knew if we had the contest in July, I would have the winners by August, we could edit and publish an anthology shortly after that – which would be around October 1st. It seemed to make sense to go with a horror theme so we’d be releasing a scary book at the time people would be looking for those types of stories.

We had the contest, we picked a winner, and then we announced we were going to publish them in an anthology.

This is a bigger deal than you think.

For those of you who have been published, you know that is really just the start of a long, hard marketing road, but for a lot of people, they had never been published. They had no idea how to become published, and they were terrified that somebody might actually read their work.

But the beauty was, by joining a team and having a leader – in this case, me – everybody understood we’re going to do certain things to make this successful.

Also, because they knew me from my blog, they saw me as a relatively nice guy who was instructional and helpful, who had helped several contest winners gain the confidence to get published… Seemed like the kind benevolent dictatorship an anthology project would need with a bunch of first timers.

Thanks for sharing the start of your journey, Dan. Stop by on Saturday for the second half and more on how to get an anthology rolling.