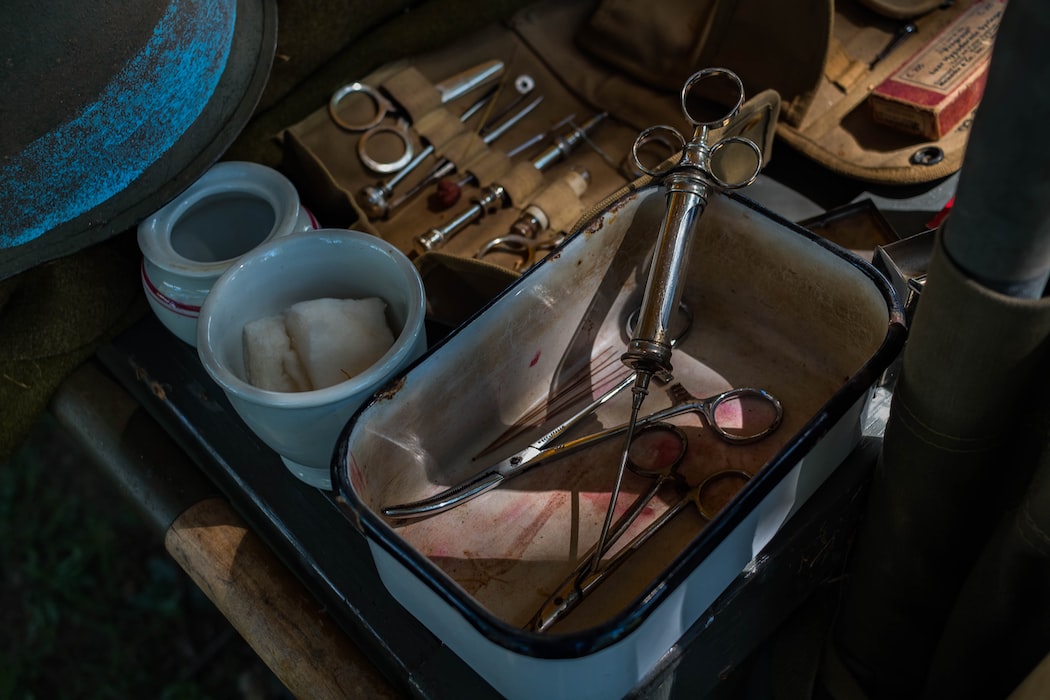 Nursing was not a career for a “nice,” unmarried girl in the 1930s.

After all, it was dirty, physical work, and required learning far too much information about the opposite sex.

However, it was one of few opportunities for a young woman who couldn’t afford college to continue her education.

In the Depression era United States, the 16 cents an hour a hospital paid wasn’t bad, either.

Georgia-born Frances Nash was one of the many young women who ignored social stigma and joined the Army Nurse Corps.

She was given the “relative rank” of lieutenant, meaning that she didn’t undergo military training, and didn’t rank a salute or full pay. She didn’t even have an official uniform- just insignia to wear on the collar of her white civilian nurse’s dress.

However, she did have the opportunity to volunteer for service overseas.

In 1940, Nash volunteered for a two-year tour in the Philippines.

Stirrings of war on the horizon concerned her family and friends. Was now really a good time to go abroad?

Nash responded to the effect that, if war were coming, the Philippines would be where nurses were needed.

She wasn’t the only one who thought so. The United States’ preparations for war were slow and incomplete, but they had already begun increasing the medical staff of the six Philippine military hospitals, (five Army and one Navy) doubling the compliment of nursing staff.

On Monday, December 8th, 1941, (December 7th back in the United States) Nash and her fellow nurses awoke to the news of the attacks on Pearl Harbor.

Within two weeks, Japanese forces landed. General MacArthur removed to Corregidor, and the evacuation of U.S. and Filippino forces to the Bataan peninsula began.

He told her that she would be expected to remain behind in Manilla until all of the staff and supplies were evacuated from the hospital.

“I was told…to prepare myself to be taken prisoner. Five years earlier, I would have laughed at the thought of ever receiving such an order.” (Monahan, Neidel-Greenlee 16)

She spent her Christmas Day working in surgery and burning documents. That night she was evacuated by boat, the waters lit by blazing buildings on the land and ships in the harbor.

Eventually, after some time spent in foxholes and fleeing through the jungle, Nash arrived to serve in Col. Duckworth’s Hopsital No.1 on the Bataan peninsula, the most forward of the hospitals. She and the other medical staff worked through the long, disheartening struggle to hold Bataan, struggling to save lives.

Not all of her patients were American or Filipino. At times, medics would bring wounded Japanese into the surgery. Many of them wore items they’d taken as spoils of war.

“Made you want to say something bad when you saw the laundry mark on the garment of someone’s name you knew. It meant the person was dead.” (Monahan, Neidel-Greenlee 16)

The Japanese had not signed the Geneva convention, which declared medical facilities off-limits as military targets. Nash’s hospital suffered for it. After an attack on 6 April, of 1,600 beds only 65 were left standing.

Along with the thousands of U.S. and Filipino troops, sixty-six nurses, including Nash, were taken as prisoners of war.

For three years of captivity, Nash and the other nurses would continue to care for the wounded and the sick.

Nursing may not have been considered a “nice” profession in polite society, but as the monument on Corregidor which commemorates the service of Nash and her fellow nurses shows, in the eyes of some they were far more than nice- they were angelic.

“In honor of the valiant American military women who gave so much of themselves in the early days of World War II, they provided care and comfort to the gallant defenders of Bataan and Corregidor, they lived on a starvation diet, shared the bombing, strafing, sniping, sickness and disease while working endless hours of heartbreaking duty, these nurses always had a smile, a tender touch and a kind word for their patients, they truly earned the name:

Note: I encountered the story of Lt. Frances Nash in one of my research books, Evelyn M. Monohan and Rosemary Neidel-Greenlee’s And If I Perish. (Published by Alfred A. Knoff, Random House Inc, 2003.) All of my quotes and information are taken from the book’s prologue., except the monument inscription which I found here.

I’m looking forward to seeing what other tales the other 440 pages have to share.

What stories have you found about people who served faithfully and bravely in inglorious positions? Any to share or recommend?